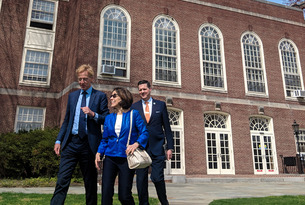 A Launchpad to Discovery

“The future of knowledge relies on the cultivation of aspiring scholars and scientists from around the world,” says Robbert Dijkgraaf, IAS Director and Leon Levy Professor. “The partnership between IAS and NSF is a primary engine of discovery... 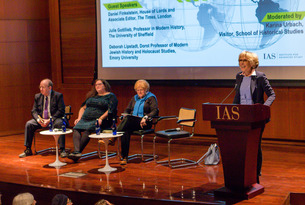 On Wednesday, February 5, the IAS hosted a panel discussion on "Anti-Semitism—Past and Present." Part of the Impact of the Past series, the event featured an international panel of historians who examined the new surge of anti-Semitism in Europe... 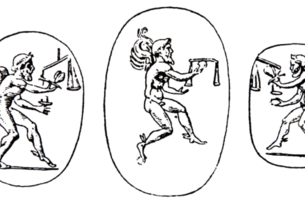 Kairos: The Right Moment or Occasion

Franz Werfel (1890–1945) ends his novella Pale Blue Ink in a Lady's Hand with the protagonist Leonidas dozing off: “While sleeping under the oppressive dome of the ever-louder music, Leonidas knew with inexpressible clarity that today an... 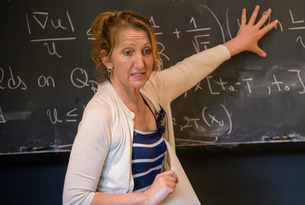 Videos from Women and Mathematics 2019

The twenty-sixth annual Women and Mathematics (WAM) Program, “Topics in Geometric Analysis,” was held May 18–24, 2019, at the Institute for Advanced Study.

Participants explored dynamic shapes and surfaces, along with the equations that... 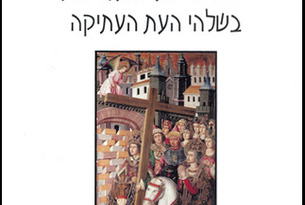 A Hebrew translation of Empires in Collision in Late Antiquity by Glen W. Bowersock, Professor Emeritus in the School of Historical Studies, has been published recently. 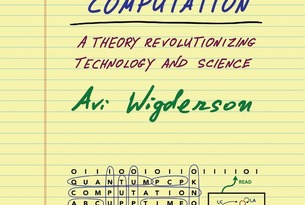 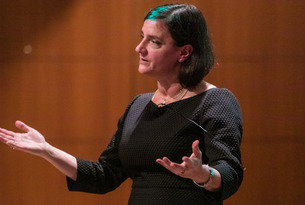 What Is the Value of the Humanities?

On December 4, 2019, Suzanne Conklin Akbari, Professor in the School of Historical Studies, gave the talk "What Is the Value of the Humanities? How We Read (and Write) Today," examining how we engage with literature... 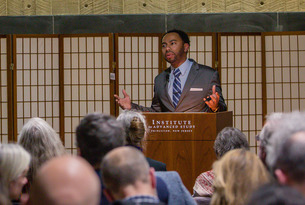 On November 1, 2019, Cord Whitaker, Friends of the Institute for Advanced Study Member in the School of Historical Studies, gave the talk "Black Metaphors: How Modern Racism Emerged from Medieval Race-... 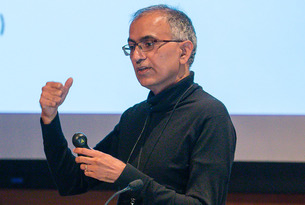 Videos from "Theory of Deep Learning: Where Next?"

The Institute's School of Mathematics held the workshop "Theory of Deep Learning: Where Next?" October 15–18, 2019, as part of the School's special year on Optimization, Statistics, and Theoretical Machine Learning. 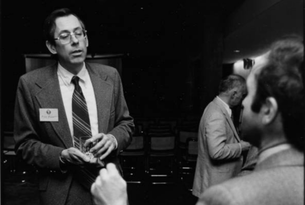 A Conversation with James Peebles, 2019 Nobel Prize Laureate in Physics

Kairos: The Right Moment or Occasion

The ancients had a word for the joy and the sorrow of an opportunity that suddenly presents itself but is just as suddenly gone: kairos. This article explores the peculiar representations of Kairos in art history and iconography.

Impact of the Past: Anti Semitism - Past and Present

Anti-Semitism is back, but why? And what is different from the 1930s? Daniel Finkelstein, Julie Gottlieb, and Deborah Lipstadt debate the issue in a panel chaired by Karina Urbach, Visitor in the School of Historical Studies, as part of the Impact of the Past lecture series.

A Launchpad to Discovery: 70 Years of IAS–NSF Partnership

“The future of knowledge relies on the cultivation of aspiring scholars and scientists from around the world,” says Robbert Dijkgraaf, IAS Director and Leon Levy Professor. As the National Science Foundation celebrates its 70th anniversary, the IAS presents #NSFStories from the next generation that attest to a long and fruitful institutional alliance that continues to empower scholars.

At the Institute, while each School certainly has its own character and researchers’ work is highly specialized, we share the experience of bewilderment, and the perpetual yearning for clarity.

The Changing Faces of Biology

What if black holes behave like ordinary quantum mechanical objects—and information about them is not lost, as previously thought, but retained on their horizons?

Great Problems in Biology for Physicists

View talks by experts on topics ranging from virology, cancer, and immunology to machine learning and neural networks.

A Brave New World: Hellenism from Alexander to Hadrian

The developments that Alexander’s campaigns set in motion ultimately led to the creation of a complex network of political, administrative, economic, and cultural connections that came close to the modern phenomenon of globalization.

“Imagine you knew nothing about baking, but someone gave you a million different muffins. Could you figure out how to bake a muffin? That's the problem of machine learning,” says Chris Maddison, Member in the School of Mathematics. At IAS, he is developing methods for machine learning and exploring foundational questions about how learning from data is possible.

How did the Middle Ages make race? And how can we use that knowledge to disempower racism and make the world better?

The Promise and Peril of Credit

The Promise and Peril of Credit examines key episodes in the West’s millennium-long struggle to delineate the place that finance ought to occupy in the social and political order. It does so by introducing readers to modes of thinking about the morality of credit that have become increasingly alien to us even as the questions that animated those early modern discussions remain as vital now as they were then.

One of the biggest leaps forward in our understanding of these scattering amplitudes took place at the Institute for Advanced Study in the fall of 2003, when Edward Witten discovered a new approach to the subject, based on Roger Penrose’s twistors. They had yet to become part of mainstream physics, and most theorists regarded them as merely a mathematical curiosity. Witten’s work propelled them into the mainstream of theoretical physics, generated new lines of research, and opened up new ways of thinking about scattering in the subnuclear domain.

“Myths about venture capital stand in the way of democratic deliberation about how our society might direct the socially generated surplus of today's economy towards building a better economy for the future.”

When I was a student, a physics graduate student would not be exposed—I was not, and I think others would not have been either—to any ideas at all in contemporary mathematics or really even in twentieth-century mathematics, practically. Now, clearly, things have changed a lot since then.

I do not take the Prisoner’s Dilemma seriously as a model of evolution of cooperation. I consider it likely that groups lacking cooperation are like dodoes, losing the battle for survival collectively rather than individually.

From Gene Patenting to Physics, Technology, and Public Policy

My work in the history of science probes the porous boundaries between science and culture over the past two centuries. Much of it gestures toward the role of history in public policy.... We historians are rather good at illustrating that controversies have histories: how we arrived at where we are today is very informative. There have always been, and always will be, alternatives.

Cyclical movement of nature and worldly events, biology and biography: these are the two series that make life an entity at once overdetermined in its material dimension and indeterminate in its course . . . Can this binarism be resolved? Is it possible to think of life as biology and life as biography together?