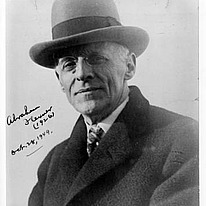 “I am not unaware of the fact that I have sketched an educational Utopia. I have deliberately hitched the Institute to a star; it would be wrong to begin with any other ambition or aspiration.”

The Institute is pledged to assemble a group of scientists and scholars who with their pupils and assistants may devote themselves to the task of pushing beyond the present limits of human knowledge and to training those who may "carry on" in this sense.

The Institute for Advanced Study is one of the world’s leading centers for curiosity-driven basic research. Since 1930, it has served as a model for protecting and promoting independent inquiry, prompting the establishment of similar institutes around the world, and underscoring the importance of academic freedom worldwide. Current philanthropic support and a reliable stream of endowment-generated revenue allow its permanent Faculty and visiting researchers (known as Members) to freely determine the course of their study.

The Institute’s mission and culture have produced an exceptional record of achievement. Among its present and past Faculty and Members are 35 Nobel Laureates, 42 of the 60 Fields Medalists, and 22 of the 25 Abel Prize Laureates, as well as many MacArthur Fellows and Wolf Prize winners. Past Faculty have included Albert Einstein, one of its first Professors who remained at the Institute until his death in 1955, and distinguished scientists and scholars such as Kurt Gödel, J. Robert Oppenheimer, Erwin Panofsky, Hetty Goldman, Homer A. Thompson, John von Neumann, George Kennan, Hermann Weyl, and Clifford Geertz.

On May 20, 1930, a certificate of incorporation for the “Institute for Advanced Study—Louis Bamberger and Mrs. Felix Fuld Foundation” was filed with the State of New Jersey. Brother-and-sister philanthropists Louis and Caroline Bamberger provided the founding $5 million gift to establish an institution dedicated to the vision of education reformer Abraham Flexner, the Institute’s founding Director:

The Institute should be small and plastic (that is flexible); it should be a haven where scholars and scientists could regard the world and its phenomena as their laboratory, without being carried off in the maelstrom of the immediate; it should be simple, comfortable, quiet without being monastic or remote; it should be afraid of no issue; yet it should be under no pressure from any side which might tend to force its scholars to be prejudiced either for or against any particular solution of the problems under study; and it should provide the facilities, the tranquility, and the time requisite to fundamental inquiry into the unknown. Its scholars should enjoy complete intellectual liberty and be absolutely free from administrative responsibilities or concerns.

In the autumn of 1932, Flexner announced the creation of the Institute’s first school, the School of Mathematics, and its first Faculty appointments, Oswald Veblen and Albert Einstein. On October 11, 1932, when the New York Times announced the appointment of Einstein to the embryonic Institute, it reported that the founders’ intention was to establish a “scholar’s paradise." 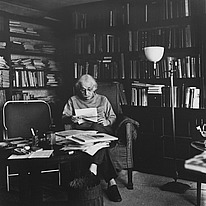 “Professor Albert Einstein’s decision to carry on his future work in America is of less importance than the inauguration of the educational venture with which he will be associated. The name of this great scientist lends dignity to the Institute for Advanced Study, to be launched next year by Dr. Abraham Flexner, but if this new super-university succeeds, its effect upon American life may be far more important than the theory of relativity and all of its corollaries.”

The Institute was founded on two principles: 1) those individuals who work at the Institute should be selected on the basis of their abilities alone and with no regard to race, religion, or gender; 2) the Institute should enable the curiosity-driven pursuit of knowledge with no view to its immediate utility or the expectation of meeting predetermined goals.

In his essay “The Usefulness of Useless Knowledge,” published in Harper’s Magazine in October 1939, Flexner presented the case for self-directed “theoretic” or seemingly useless research, citing, among other examples, the abstract mathematics  of non-Euclidean geometry without which Einstein’s theory of relativity would have been impossible. Observing that most of the great discoveries beneficial to humanity were made by men and women “driven not by the desire to be useful but merely the desire to satisfy their curiosity,” he argued that “curiosity, which may or may not eventuate  in something useful, is probably the outstanding characteristic of modern thinking. It is not new. It goes back to Galileo, Bacon, and to Sir Isaac Newton, and it must be absolutely unhampered.”

Founded against the backdrop of the rise of Fascism, the Institute became a lifeline in the migration of European scholars to the United States. After Adolf Hitler became Chancellor in January 1933, Hermann Weyl, the mathematician who had succeeded David Hilbert to the world’s most prestigious chair in mathematics at the University of Göttingen, crossed the Atlantic to join the Institute. That same year, Flexner recruited John von Neumann, a young but already renowned mathematician who had fled Europe and was then a visiting professor at Princeton University. By the start of the academic year 1933–34, the Institute had a Faculty of five leading mathematicians and theoretical physicists: James Alexander, Einstein, von Neumann, Veblen, and Weyl, as well as over twenty visitors. In 1934 and 1935, respectively, this group was joined by Paul Dirac and Wolfgang Pauli. Among this first group of Members were two women: algebraist Emmy Noether and topologist Anna Stafford. Women students were not accepted at other leading graduate schools at the time.

From the Motion of Planets to Quantum Field Theory

A Critical Perspective of Morals and Moralities

The Origins and Motivations of Univalent Foundations

The Institute exists today largely as Flexner conceived it: an institution that crosses disciplinary boundaries; enables scholars and scientists to be driven by their own intellectual curiosity; attracts the ablest researchers from around the world; and remains relatively small so that it retains a sense of community.

Research at IAS has provided foundations for progress in knowledge and applications across the sciences and humanities, including:

Current research involves new ideas about space and time; the origins and long-term fate of the universe; reconstructing history using novel sources such as ancient DNA; establishing the origins of modern democracy and human rights; and developing an anthropology of morality.

Continue to explore the rich history of the Institute for Advanced Study through firsthand accounts from its Faculty and visiting researchers.