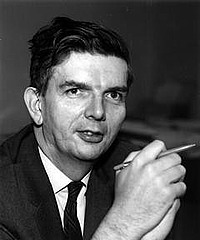 From the Encyclopedia Britannica:

During the early 1940s, Dicke and other researchers at the Massachusetts Institute of Technology (MIT) played a key role in the development of microwave radar. He himself invented various microwave-circuit devices and radar systems, including mono-pulse radar and coherent pulse radar. In 1944, he developed a microwave radiometer that has become an integral component of most modern radio telescopes. For the next 10 years or so, Dicke devoted much attention to microwave atomic spectroscopy, conducting extensive research on fundamental radiation processes. His work led him to formulate what is often considered the first quantum theory of the emission of coherent radiation.

By the 1960s, Dicke had become actively interested in gravitation. He carried out a series of studies on the subject, the most notable of which was an experiment testing the principle of equivalence (i.e., that the gravitational mass of a body is equal to its inertial mass) that forms the cornerstone of Einstein’s concept of gravitation—the general theory of relativity. High-precision experiments with this objective had first been performed by the Hungarian physicist Roland von Eötvös, who confirmed the principle to an accuracy of one part in 108. Dicke improved upon Eötvös’ accuracy by another factor of 1,000. Together with Carl Brans he investigated the idea of a changing gravitational constant, which had first been proposed in 1937 by Paul Dirac. Dicke and Brans developed a theory of gravitation in which, as a result of the expansion of the universe, the gravitational constant is not actually a constant but decreases at a rate of two parts in 1011 per year.

In 1964, Dicke and several colleagues hypothesized that the entire universe is pervaded by a background radiation of microwave wavelengths—the remnant of the intense thermal radiation associated with the apparent explosive origin of the cosmos. They were unaware that the existence of such residual radiation of the primordial fireball had been postulated some 16 years earlier by George Gamow, Ralph Alpher, and Robert Herman. Before Dicke attempted any observational work, Arno Penzias and Robert Wilson of Bell Telephone Laboratories discovered a faint glow of microwave radiation closely matching that predicted by theory.