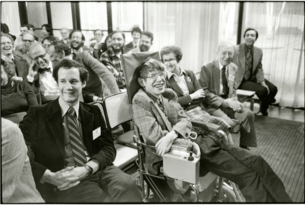 On Einstein's birthday we mourn the passing of Stephen Hawking, an equally brilliant mind and inspiring human being. His ideas about black holes, spacetime and the Big Bang will live forever, only grow in... 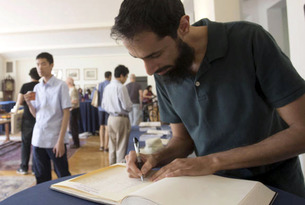 Ahmed Almheiri: From the UAE to Firewalls

In 2012, Ahmed Almheiri, current Member in the School of Natural Sciences, coauthored a paper that confounded theoretical physicists, sparked attention from the New York Times to Scientific... 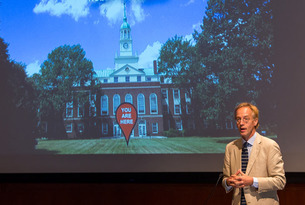 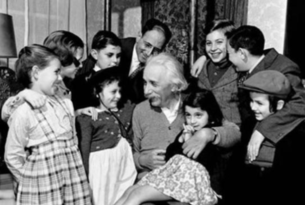 The Institute’s Founding Ethos in Our Precarious Present

The Institute for Advanced Study came into being at the most inauspicious of times. Founded in the early years of the Great Depression, it took shape during the buildup to the Second World War and under the growing shadow of authoritarian regimes. Its first Director Abraham Flexner published his manifesto on the “The Usefulness of Useless Knowledge” in October 1939, barely a month after the outbreak of hostilities in Europe. Surely this was a daunting moment to defend “the fearless and irresponsible thinker” and advocate for the free expression of knowledge and curiosity. 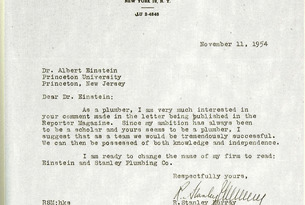 In November 1954, Albert Einstein wrote a letter to a magazine in which he declared that, were he a young man again, he would not try to become a scientist: “I would rather choose to be a plumber or a peddler in... 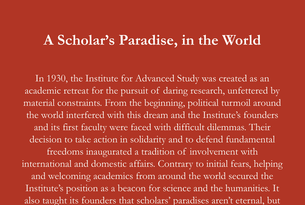 A Scholar’s Paradise, in the World

In 1930, the Institute for Advanced Study was created as an academic retreat for the pursuit of daring research, unfettered by material constraints. From the beginning, political turmoil around the world interfered with this dream, and the... 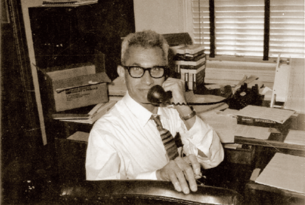 Unfashionable Pursuits, Leaps in the Dark, and Detecting Gravitational Waves

The Institute sometimes spends money on risky ventures, giving sustained support to people who work on unfashionable and dubious projects. One example of a risky venture was Einstein, who worked here for twenty years on unified field theories... 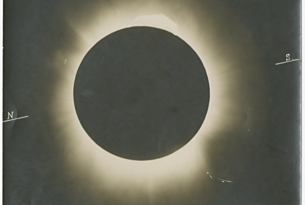 Albert Einstein finished his general theory of relativity in November 1915, and in the hundred years since, its influence has been profound, dramatically influencing the direction of physics, cosmology, and mathematics. The theory upended Isaac... 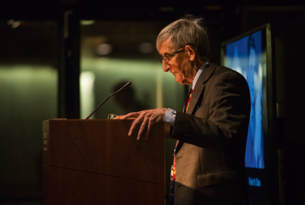 A Toast to Einstein

Christmas Day, 1942, was the three hundredth birthday of Isaac Newton. I was then an undergraduate at Trinity College, Cambridge. Since Newton was our most famous fellow, the college organized a meeting to celebrate his birthday. Since it was war... 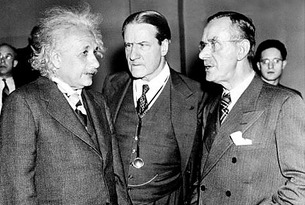 Wolfram Wette is one of Germany’s foremost military historians and Professor at the Albert-Ludwigs-Universität in Freiburg. He is the author or editor of over forty books, including The Wehrmacht: History, Myth, Reality (Harvard... 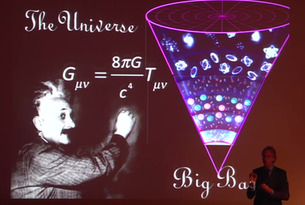 Robbert Dijkgraaf presents an overview of Albert Einstein’s general theory of relativity, one of the great pillars of modern physics, and its enduring influence. 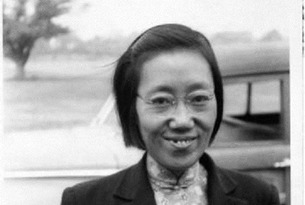 Addressing an international audience in 2004, Professor Dong Guangbi, an erudite historian of science, summarized Chinese physics development over the previous century, and he argued that the country from which Chinese physicists and physics...