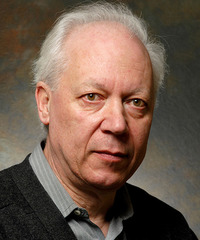 Enrico Bombieri, a Fields Medalist for his work on the large sieve and its application to the distribution of prime numbers, is one of the world’s leading authorities on number theory and analysis. His work ranges from analytic number theory to algebra and algebraic geometry, and the partial differential equations of minimal surfaces. In the past decade, his main contributions have been in the active area of Diophantine approximation and Diophantine geometry, exploring questions on how to solve equations and inequalities in integers and rational numbers. Some of the above topics, in particular those related to prime number theory, have potential practical applications to cryptography and security of data transmission and identification.