A Program to Mark the Centenary Year of the Birth of Kurt Gödel was held in Wolfensohn Hall at the Institute for Advanced Study on November 17, 2006. The program, which attracted some three-hundred people, consisted of talks aimed at a general audience on the life and work of Kurt Gödel (1906-1978) and his impact on mathematics, philosophy and computer science.

Kurt Gödel was among the Institute's first Members in 1933-34, returning for further periods in the 1930s and 1940s before joining the Faculty in 1953. He remained at the Institute until his death in 1978.

The event featured the following speakers and talks: 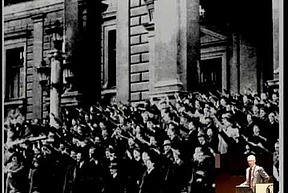 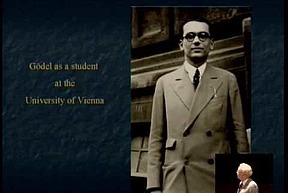