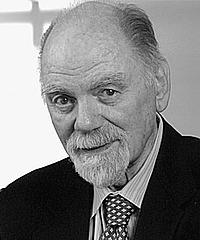 Past Faculty
School of Historical Studies

Peter Paret was a cultural and intellectual historian of the modern historiography of war, the interaction of war and society since the eighteenth century, and the relationship of art, society, and politics. He published two books on contemporary military theory, Guerrillas in the 1960s (with John W. Shy, 1961), and French Revolutionary Warfare from Indochina to Algeria (1964); a study of military innovation, Yorck and the Era of Prussian Reform (1966); a biography, Clausewitz and the State (1976); a study of the clash of tradition and innovation in Napoleonic warfare, The Cognitive Challenge of War (2009); two books on conflict over modernism in modern art, The Berlin Secession (1980) and An Artist against the Third Reich (2003); as well as Art as History: Episodes in the Culture and History of Nineteenth-Century Germany (1988), Imagined Battles: Reflections of War in European Art (1997), and two volumes of essays. He has also edited or coedited ten volumes. His later works include Myth and Modernity: Ernst Barlach’s Drawings on the Nibelungen (2012), written with Helga Thieme, which discusses a modern interpretation of a medieval myth as a document of German history in the 1920s and ’30s, and Clausewitz and His Time (2014), essays in the cultural and intellectual history of thinking about war, an expanded version of which has been translated for publication in Germany. He is co-author and editor, with Hans Delbrück, of a book on Clausewitz’s historical method published as Krieg, Geschichte, Theorie (2018).

An Artist of and Against His Time: Ernst Barlach