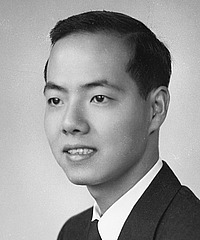 Past Faculty
School of Mathematics (NS)

Lee was then fast becoming a widely known scientist, especially for his work in elementary particles, statistical mechanics, field theory, astrophysics, condensed matter physics and turbulence, having solved several problems of long standing and great complexity. Dr. J. Robert Oppenheimer praised him as one of the most brilliant theoretical physicists then known, whose work was characterized by "a remarkable freshness, versatility, and style".

In 1953, Lee joined Columbia University as an Assistant Professor. His first work was on the renormalizable field theory model, better known as the Lee Model…In 1957, when awarded the Nobel Prize at barely 31 years of age, Lee became the second youngest scientist ever to receive this distinction.