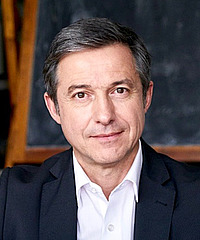 Didier Fassin is an anthropologist and a sociologist who has conducted fieldwork in Senegal, Ecuador, South Africa, and France. Trained as a physician in internal medicine and public health, he dedicated his early research to medical anthropology, focusing on the AIDS epidemic and health inequalities. He later developed the field of critical moral anthropology, which explores the historical, social, and political signification of moral forms involved in everyday judgment and action as well as in the making of national policies and international relations. He has also carried out an ethnography of the state, through a study of urban policing and the prison system. His recent work is on the theory of punishment, the politics of life, and the public presence of the social sciences, which he presented for the Tanner Lectures, the Adorno Lectures, and at the Royal Swedish Academy of Sciences, respectively. Recipient of the Nomis Distinguished Scientist Award, he is currently involved in a global program on crises, examining in particular the cases of migrants and refugees. For his course at the Collège de France, he explores contemporary stakes in public health, with special reference to the coronavirus pandemic. He regularly contributes to newspapers such as Le Monde and magazines such as the London Review of Books. His recent books include Humanitarian Reason: A Moral History of the Present (2011), Enforcing Order: An Ethnography of Urban Policing (2013), At the Heart of the State: The Moral World of Institutions (2015), Prison Worlds: An Ethnography of the Carceral Condition (2016), The Will to Punish (2018), Life: A Critical User's Manual (2018), and Death of a Traveller. A Counter Investigation (in press).

From Right to Favor: The Refugee Crisis as Moral Question

A World of Prisons: An Ethnography of the Carceral Condition