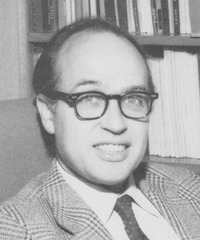 “One of the world's greatest living mathematicians, Sir Michael Atiyah has made fundamental contributions to many areas of mathematics, but especially to topology, geometry and analysis. From his first major contribution—topological K-theory—to his more recent work on quantum field theory, Sir Michael has been influential in the development of new theoretical tools and has supplied far-reaching insights. He is a notable collaborator, with his name linked with other outstanding mathematicians through their joint research. A superb lecturer, he possesses the ability to explain sophisticated mathematics in a simple geometric way.”

From the Abel Prize Foundation:

“The second Abel Prize has been awarded jointly to Michael Francis Atiyah and Isadore M. Singer. The Atiyah-Singer index theorem is one of the great landmarks of twentieth-century mathematics . . . . the culmination and crowning achievement of a more than one-hundred-year-old evolution of ideas, from Stokes’s theorem, which students learn in calculus classes, to sophisticated modern theories like Hodge’s theory of harmonic integrals and Hirzebruch’s signature theorem. The problem solved by the Atiyah-Singer theorem is truly ubiquitous. In the forty years since its discovery, the theorem has had innumerable applications, first in mathematics and then, beginning in the late 1970s, in theoretical physics: gauge theory, instantons, monopoles, string theory, the theory of anomalies, etc.”