The Role of Experience

During my training in physics, I learned to see the world in terms of universal descriptions, from a third-person point of view. Physics describes the world in terms of laws and regularities, and does not assign any special value to the particular place and time where we observers happen to be located. However, this picture is a far cry from our human experience, as subjects surrounded by objects. And we never live in the past or future, we are always in this `moving now', which as such has no clear place in a physics description of the world.

The question is: is the objective third-person description of physics, and of natural science in general, what deals with the real world? Is it just a matter of time until neuroscience will describe in detail how it is that we have this illusion of being a subject with free will, taking a special place in space and time? Or is it the other way around? Does our first-person human experience stand closer to reality, and is our physics stance only one possible attitude, accurate in its own demain but incomplete?

If we start with what we ourselves experience, it is possible to abstract our personal involvement, and replace the `I' or `me' with a third-person actor in the stories we tell ourselves and others. In that sense, a first-person account contains the possibility to switch to third-person accounts as well. 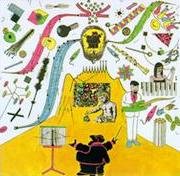 We address the problems stated above in our paper:

A shorter version was published after an invited talk at the 2nd Tucson conference, titled:

Later I came back to the topic of first-person experience in an invited comment on the special issue of the Journal of Consciousness Studies, titled First-Person Methodologies: What, Why, How?:

Much has been written on the topic of first-person experience in learned journals in the specialized vocabulary of philosophy. It is therefore extremely refreshing to come across the straightforward approach of Douglas Harding's book On Having No Head (1961, 1988; Arkana). It is hard to imagine anything more simple and more direct than this approach to `rediscovering the obvious'. See his website The Headless Way.

Among Western philosophies, I consider Husserl's views to be the most interesting, accurate, and inspiring with respect to the role of first-person methodologies. Edmund Husserl (1859-1938) was the founder of the School of Phenomenology, which provided one of the most influential currents in early twentieth century European thought. His slogan was ``Zu den Sachen selbst'' (To the matters themselves).

Husserl is an unusual philosopher in that he effectively modeled himself after a physicist, in using both theory and experiment, while letting experiment be the deciding factor. His laboratory was what he called the epoche (a Greek word indicating `suspense of judgment'), a switch in attitude from the what to the how. Rather than taking the world for granted, while finding our way amidst the many things that populate our world, Husserl invites us to change our focus, in order to investigate how all those things appear.

I presented a plenary talk about the Husserlian epoche at "Tokyo '99" - Toward a Science of Consciousness, a follow-up meeting after the Tucson III Conference '98, where I presented the paper:

A couple years earlier I gave a paper in Japan, in which I discussed the views of Husserl and the Japanese philosopher Kitaro Nishida (1870-1945), in the paper:

There I argued that Husserl and Nishida were in complementary positions. Husserl started with a rich scientific and philosophical background but he was groping in the dark with respect to an understanding of first-person consciousness. Nishida had a better understanding of the latter. He saw experience as having a person, rather than a person as having experience. However, he lacked a clear historical framework to build upon.

Although phenomenology became the name for a particular school in philosophy, the idea behind the movement is too general to be tied down to a particular group. Examples can be found in unexpected places, often in isolation, as something someone stumbled upon rather than part of a systematic approach. The movement back to the phenomena themselves, simple as it may sound, in fact requires a tremendously careful analysis and persistence, which may explain its rarity.

One example of someone doing his research in the spirit of phenomenology was David Bohm, a physicist well-known for his investigations in the structure and interpretation of quantum mechanics, and also for his attempts to engage in open-ended inquiry through dialogues. Less known are his more general investigations into our scientific view of the world: how it is established, and how it can change over time. In the appendix to his text book on special relativity, Bohm presents a highly original view of what it means to look at the world with new eyes. He contrasts the way in which a physicist must learn to switch from Newtonian mechanics to special relativity with the way that a child learns to switch between the various stages of perceptual development, while trying to make sense of the world and his or her own place therein.

I have described my view of Bohm's analysis in my book review:

I developed my own view of the relationship between phenomenology and science in my paper:

The Role of the Subject in Science

In 1988, I organized a roundtable discussion on The Role of the Subject in Science, as part of the State of the World Forum 1998. With another physicist, a philosopher of biology and a historian of science, we discussed the tension between relativism and reductionism, and the challenge to stay clear of naive objectivity as well as extreme social constructivism. I have summarized our conclusions in:

It may be that the most significant breakthroughs in our understanding of the role of the subject in a world of objects will neither come from neurology nor from philosophy, but from engineering. The hands-on experience of those who are actually constructing robots, tools that are modeled after subjects rather than objects, might stumble upon that which we currently overlook. I argued for that position in a brief contribution to the edge web site: