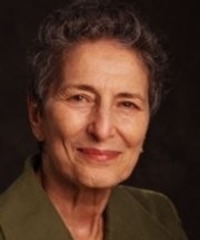 From the National Endowment for the Humanities:

“Few historians have combed the archives of the early modern world with the meticulous erudition of Natalie Zemon Davis. Fewer still have emerged from those archives with the embarrassment of gifts that, over the past five decades, she has presented to her discipline. Focusing less on the great moments and movers of history and more on the everyday lives of those relegated to the boundaries of power—peasants, artisans, women—and the opportunities that they made of their circumstances, Davis has tackled some of the most elusive facets of human experience. To get at her subjects, she has drawn on the resources of anthropology, literary scholarship, and film studies (to name just a few of her interdisciplinary excursions), producing seven books and  numerous scholarly articles, nearly all of them pushing in some way at the limits of the historical enterprise itself.

Despite her predilection for the early modern world, the present is never far from Davis’s work. During the 1980s—an era marked, as she puts it, by “a passion for consumer culture and capitalism”—she began to develop the material that eventually became The Gift in Sixteenth-Century France (2000), an anthropological approach to the history of gifting, charity, and reciprocal obligation that engaged popular discourses of its own time.

… Imaginatively constructed and beautifully written, it is easy to forget that her work is also thoroughly grounded in rigorous archival research. But the archive is a special place for Davis. Of her experiences in the Old World repositories, she has written: “The room itself became closely identified with the traces of the past I was examining: the smell of its old wood, the shape of its windows, the sounds from the cobblestone streets or running stream. The room was . . . the mysterious hole under the roots of a tree through which one falls for a time into another world.”

The National Endowment for the Humanities: Natalie Zemon Davis