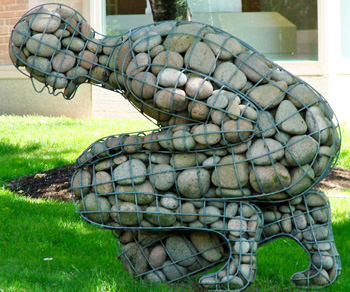 The external limits of territories (borders) and the internal delimitations within societies (boundaries) have long been thought of in different terms: immigration, nationality and citizenship in the first case; racial, ethnic, religious, caste and class differentiation in the second. If globalization has hardened rather than abolished borders it has also produced new realities and anxieties concerning social boundaries. The immigrants of yesterday have often become the minorities of today. Whether one considers the parallel rise of xenophobia and Islamophobia in an increasingly integrated Europe, the links between undocumented immigrants and Latino politics in North America, the conflicts between neighboring countries involving oppressed minorities in Asia, the repression of ethnic or religious groups in Africa, or the transnational circulation of terrorist networks, the reconfiguration of borders and boundaries in both war and peace raises anew classical problems of state formation, nation-building and social contract. This is not to say that these phenomena are unprecedented: on the contrary, their genealogies and histories, colonial pasts and imperial legacies need to be explored.

How to analyze the continuities and discontinuities in the making of borders and boundaries? How to interpret contemporary insecurities concerning immigration and identities in relation with economic and cultural tensions? How to envisage the consolidation of racial, ethnic, religious differences in a context of transnational circulation of goods and people? How are the psychological dynamics of in-group and cross-group interaction interacting with shifting legal and political realities? How are class and gender inequalities recomposed in the changing patterns of the nation-state? How do public policies, political parties, social movements and non-governmental organizations address these issues? These are some of the questions addressed in the seminar and the workshop.