The Historical Studies - Social Science Library contains about 100,000 volumes and has subscriptions to about 1,200 journals. The library is strongest in classical studies, ancient history and archaeology, but it contains basic document collections, reference works and important secondary works of scholarship in most fields of history and the social sciences. The journal collection is extensive, and fairly complete back runs exist to the founding of the Institute. The library has occupied its present building since late 1964. (The building was officially dedicated on April 24, 1965.)

The library offers a number of services which are described further on our services and policies page.

The Institute's rare book collection, the gift of Lessing J. Rosenwald, consists of about 2,000 volumes on the history of science and was compiled by Herbert M. Evans in the 1930's. The collection, which is housed in a special room, includes numerous first editions of important scientific works in mathematics, astronomy, physics and the life sciences. Lessing J. Rosenwald served as a Trustee of the Institute from 1940-1970 and Trustee Emeritus from 1970-1979. He is well known for his love of books, eventually bequeathing the bulk of his personal collection to the Library of Congress and his collection of prints to the National Gallery. Rosenwald purchased the core of the Institute's rare book collection and presented it to the Institute in 1951.

The microfilm collections of the library include a large selection from Manuscripta, a collection of several thousand fifteenth- to nineteenth-century printed books from the Vatican Library. The Bavarian Academy has given the Institute a microfilm copy of slips presented for the Thesaurus Linguae Latinae as well as later updates recorded on compact disk. 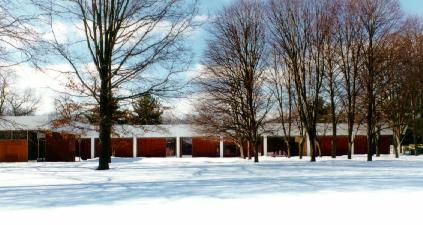 The Institute for Advanced Study Historical Studies - Social Science Library was designed by Wallace K. Harrison at the invitation of J. Robert Oppenheimer. Construction took three years and was completed in 1965. 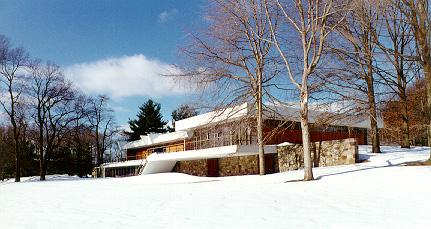 "Harrison's design consists of a two-story building, only one floor of which is aboveground. This main floor (sixty-eight by eighty feet [sic actual measurements are 149'7" x 79'6"]), which sits on an elevated concrete platform, is divided by a ten-foot -wide central corridor into a reading and service area at the north and into stacks at the south. A relatively large amount of space was left open for the display of specialized periodicals, an important feature of the library's holdings. The simplicity of the structure itself, the careful detailing of its interior, and the sensitive choice of materials-such as the terrazzo floors with inlaid beige wool carpets-create a serene, low-keyed elegance. On the exterior, between the columns that support the heavy concrete roof slab, one-by-four teakwood boards with rabbeted, shiplap joints are arrange in a variety of panels. This finish provides an unexpectedly delicate note between the heavy concrete roof and platform. ... 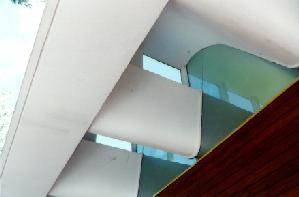 The Institute library's most distinctive feature is the roof, where Harrison experimented with combining structure, skylighting, air conditioning, and artificial lighting in a single overhead system that serves the entire building. The system comprises glazed, shaped concrete beams, each with a forty-foot span and supported by fifteen-inch concrete girders, five feet deep, with a duct running through the bottom of each beam.* The girders rest on concrete columns twenty feet apart. The curved soffit and haunch of each beam picks up daylight from the north -facing glass panels and reflects it downward. The unusual, wavy ceiling is apparent only from the interior, where the glazed uprights provide uniformly good lighting and allow flexibility in placing the partitions. 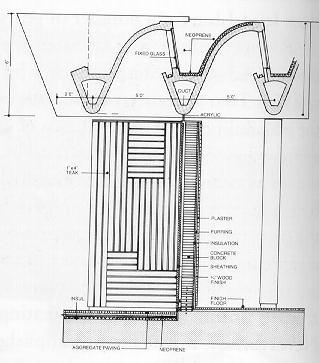 The space above the acoustic-tile ceiling of the central corridor serves as a longitudinal duct connecting the lateral ducts in the beam system."

The Mathematics-Natural Sciences Library is located primarily in Fuld Hall as well as in other locations on campus. The Library contains research level materials in pure and applied mathematics, astrophysics, particle and mathematical physics, and biology. The library holds about 30,000 volumes of monographs and bound periodicals. There are active subscriptions to about 175 periodicals and a growing collection of collected works of mathematicians. 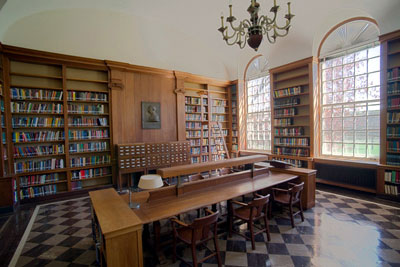 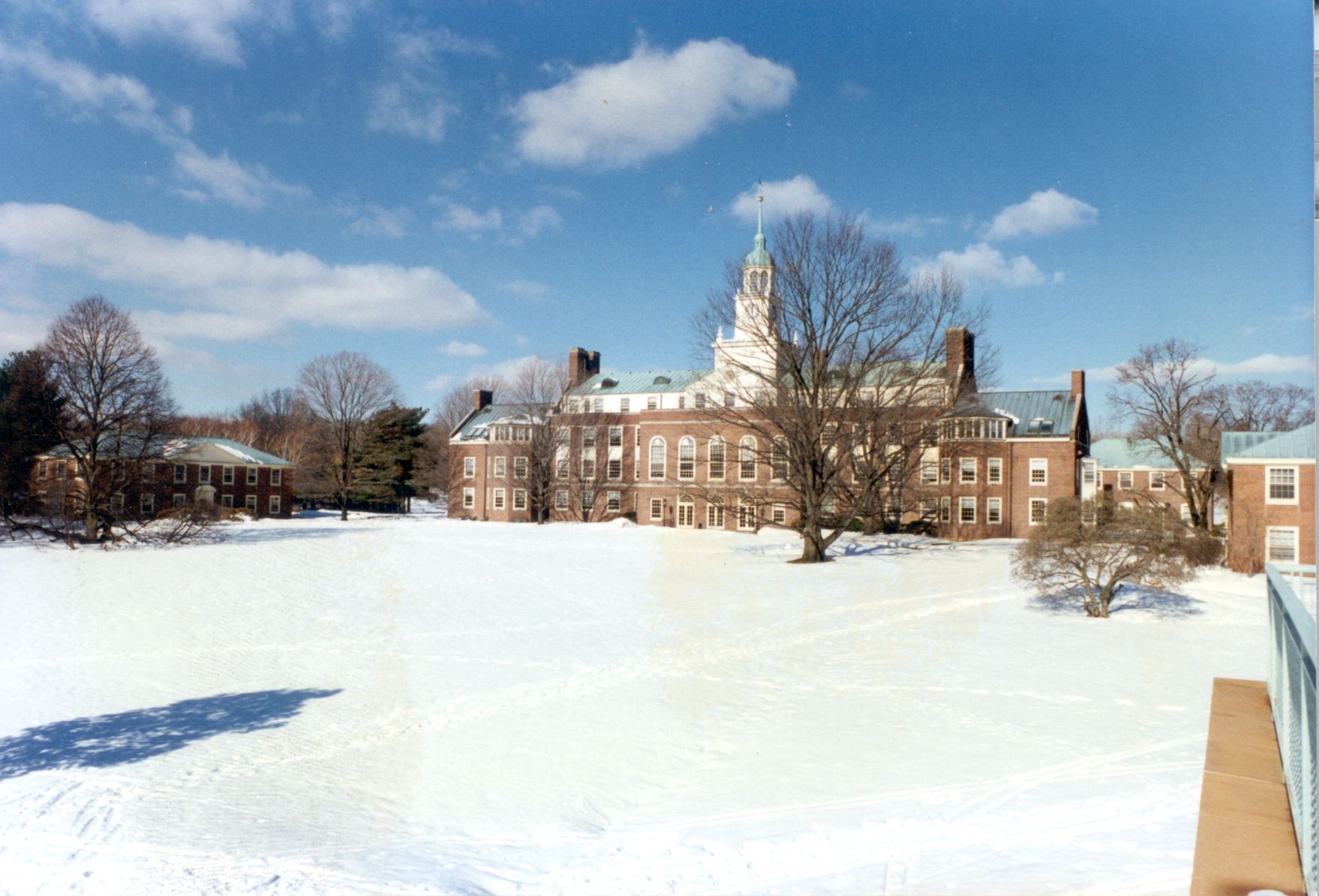 Fuld Hall was designed by Jens Fredrick Larson and constructed in 1939. It is named after Felix Fuld, Caroline Bamberger Fuld's second husband, who died in January, 1929. Institute Director Frank Aydelotte hired Larson whose firm competed with seven other architectural firms for the project. Larson's plans included a circular entry drive, several buildings in English Georgian style and, perhaps most importantly, laying out the site for planned future expansion. Larson situated Fuld Hall on a north-south axis that runs from the Director's residence, Olden Farm, through Fuld Hall, with a terminus at Founder's walk and the Institute woods. Larson also designed academic buildings for Darmouth College, Bucknell University, St. Francis Xavier University in Canada, and Colby College in Maine.