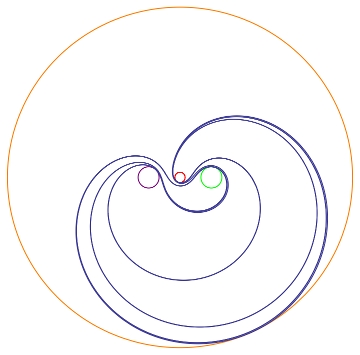 During the 2015-16 academic year, the School of Mathematics conducted a special program on Geometric Structures on 3-Manifolds. The program was led by Distinguished Visiting Professor Ian Agol of the University of California at Berkeley. The theme of the program was classication of geometric structures on 3-manifolds. Twenty members took part in the program. Senior members included David Gabai, Princeton University; Jeremy Kahn of CUNY Graduate Center; Danny Calegari, University of Chicago; John Etnyre, Georgia Insitute of Technology; Vladimir Markovic, Caltech; Nathan Duneld, University of Ilinois at Urbana-Champaign; and Maryam Mirzakhani, Stanford.

There were weekly seminars for the special program, given by visitors and some members. In addition, there were two workshops. There were about 20 visitors associated with the special program over the course of the year, not including workshop participants. Members also participated in weekly \mathematical discussions”, and there was a reading seminar on gauge theory.

Some results from the program included:

In the spring, a reading group on gauge theory organized by Tye Lidman focussed on understanding Kronheimer and Mrowka’s preprint “Tait colorings, and an instanton homology for webs and foams”, which defined a new Floer homology invariant of certain 3-dimensional orbifolds (Kronheimer and Mrowka kicked off the 3-manifold seminar in the fall with back-to-back talks on this work). Participants included people from Princeton University, and talks were given by Ian Agol, Tye Lidman, Steven Sivek, Karen Uhlenbeck, Lucas Culler, and Cagatay Kutluhan.

In general, there were many interactions between the members associated with the special program and the other members, as well as academics from local universities including Princeton, Rutgers, and Temple.

Two special program workshops were held during term I. The first workshop, “Geometric structures on 3-manifolds”, took place during the week of October 5, 2015. The goal of the October workshop was to explore the topology of hyperbolic 3-manifolds.