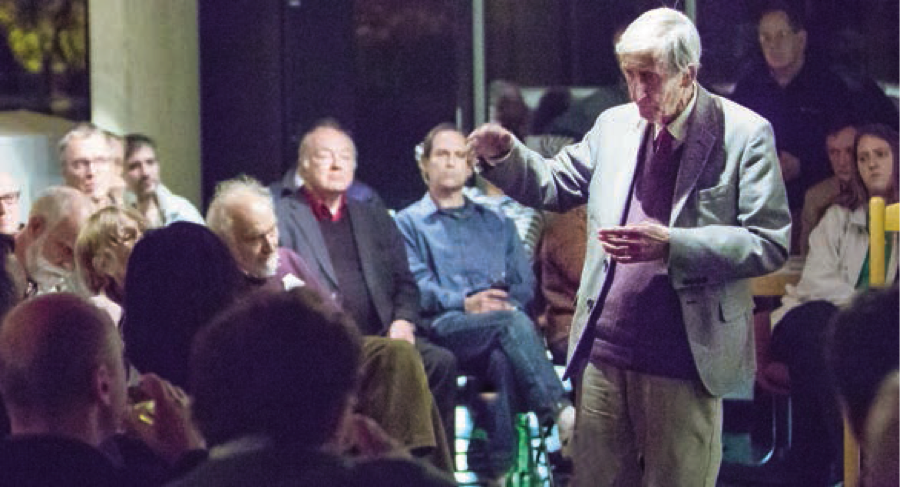 After Hours Conversations is a program of informal meetings that are held at Harry's Bar in the upper level of Simons Hall, from 5:00 pm till 7:00 pm, on Mondays and Thursdays, in October and November and again in February and March.

Thursday, November 13, 2014
Presentation by: Juan Maldacena, School of Natural Sciences
Title: How Do You Die When You Fall Into a Black Hole?
Host: Piet Hut

Monday, November 24, 2014
Presentation by: Dani Rodrik, School of Social Science
Title: Will Globalization Kill Democracy -- Or the Other Way Around?
Host: Didier Fassin

Thursday, November 27, 2014
[ No meeting this day; IAS is closed for the Thanksgiving holiday ]

Thursday, February 26, 2015
Presentation by: Angelos Chaniotis, School of Historical Studies
Title: How the Night Was Won: A very short history of the night in the Greek World
Host: Patrick Geary

Thursday, March 19, 2015
[ cancelled due to scheduling conflict with another IAS event ]

Monday, March 23, 2015
Presentation by: Hugh Gusterson, School of Social Science
Title: How Do You Know a Nuclear Weapon Works If You Can't Test It, and What Would an Anthropologist Have to Say about That?
Host: Didier Fassin

Thursday, March 26, 2015
Presentation by: Anandi Mani, School of Social Science
Title: It's Smart to Have Money -- but Does Money Make You Smarter?
Host: Didier Fassin