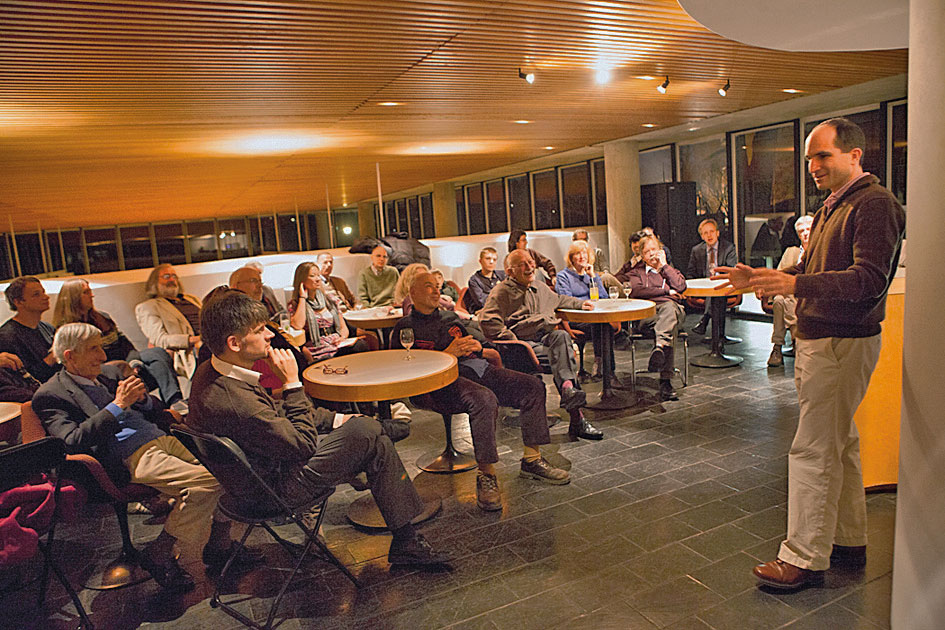 After Hours Conversations is a program of informal meetings that are held at Harry's Bar in the upper level of Simons Hall, from 5:00 pm till 7:00 pm, on Mondays and Thursdays, in October and November and again in February and March (here are some quotations).

Monday, October 21, 2013
Presentation by: Monica Green, School of Historical Studies
Title: Scales of Time and Space in Global Health: Getting Historians and Geneticists on the Same Page
Host: Patrick Geary

Monday, October 28, 2013
Presentation by: Deborah Tor, School of Historical Studies
Title: What Difference Did the Seljuqs Make? The Significance of the Great Seljuq Dynasty in World History
Host: Patrick Geary

Monday, November 18, 2013
Presentation by: Ralph Kaufmann, School of Mathematics
Title: Beauty or Truth: What Can Mathematical Language Do for You?
Host: Patrick Geary

Thursday, November 28, 2013
[ No meeting this day; IAS is closed for the Thanksgiving holiday ]

Monday, February 10, 2014
Presentation by: Richard York, School of Social Science
Title: Why Petroleum Did Not Save the Whales: An Example of the Displacement Paradox
Host: Didier Fassin