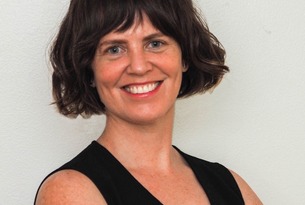 Diana Graizbord, Member in the School of Social Science, is writing her first book "Indications of Democracy: Expertise and the Politics of Accountability." She is Assistant Professor of Sociology and Latin... 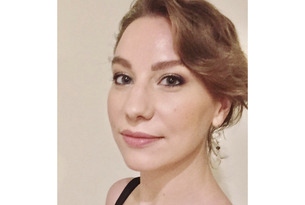 Natalie Paquette, Member in the School of Natural Sciences and former Sherman Fairchild Postdoctoral Fellow at Caltech's Walter Burke Institute of Theoretical Physics, is a mathematical physicist. Her... 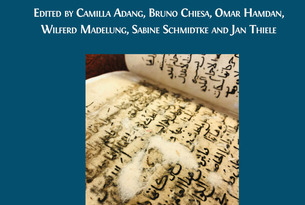 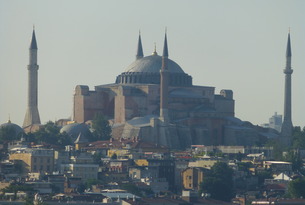 The Ambiguous Loss of Hagia Sophia

The conversion of Hagia Sophia, then the greatest church of Christianity, into a mosque in 1453 by Mehmet the Conqueror was not a historical paradox. Over the centuries, places of worship often... 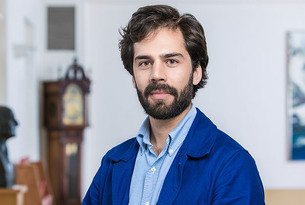 A Recipe for Creativity: In Conversation with Chris Maddison

Chris Maddison, Member (2019–20) in the Institute for Advanced Study’s School of Mathematics, works on the development of methods for machine learning, with a focus on deep learning. He is an assistant professor at the 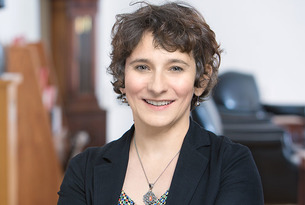 A Digital Underclass? Marion Fourcade on Social Stratification in the Age of Covid

Marion Fourcade is Visiting Professor in the School of Social Science at the Institute for Advanced Study. A professor at the University of California, Berkeley, she is studying new forms of social stratification created 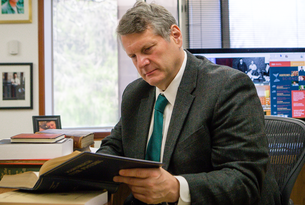 Don’t Mess with Beethoven: In Conversation with Myles W. Jackson

Myles W. Jackson, Professor in the School of Historical Studies at the Institute for Advanced Study, is a historian of science who explores the intersection between science, technology, music, history, and society. His 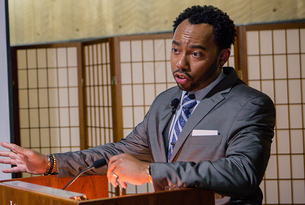 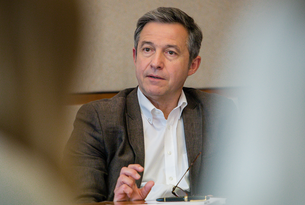 An Unprecedented Health Crisis: Didier Fassin on the Global Response to the Covid Pandemic

Didier Fassin is James D. Wolfensohn Professor in the School of Social Science at the Institute for Advanced Study. An anthropologist and sociologist, he was trained as a physician in 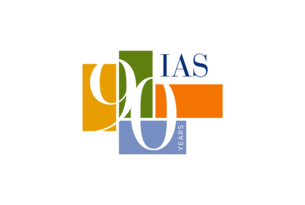 We celebrate our 90th year with a special message from Director Robbert Dijkgraaf, IAS scholars past and present, and other members of our community. Thank you to our scholars and supporters for joining us in our mission to push...

Genetics is today engaged in practices of identity formation, in philanthropy and socioeconomic development projects, as corroborating evidence in civil litigation and historical debates, and elsewhere.

The Ambiguous Loss of Hagia Sophia

UNESCO recognized Hagia Sophia as a World Heritage Monument because of its significance as a symbol of cultural exchanges between Europe and Asia. The combination of Christian and Islamic elements—mosaics and minarets—made the successive layers of history visible. Its conversion into a site of worship is unprecedented.

Permutation Puzzles from Archimedes to the Rubik’s Cube

In hindsight, it is strange that the Rubik’s Cube ever became so popular considering how hard it is.

Mapping Nearby Stars for Habitable Worlds

Sara Seager on her search (as of 2013) for expolanetary lifeforms.

Science historian Myles Jackson, Professor in the School of Historical Studies, with Joanne Lipman, IAS Distinguished Journalism Fellow, discuss why Germany has been more successful in combating Covid-19, the perils of gene patenting, and how cello playing led to his scientific pursuits.

The Sound of Scholarly Serendipity

When I arrived at the Institute, I thought I knew exactly what I would accomplish as a Member in the School of Historical Studies… However, through a chance encounter with a nineteenth-century musical artifact, my carefully crafted research schedule was completely derailed.

During my stay at the Institute, I studied little-known but amazing Old Babylonian tablets. These tablets show that the ancient scribes developed sophisticated tools for writing complex mathematical expressions and thought deeply about the nature of an equation.

What If Current Foundations of Mathematics Are Inconsistent?

What would inconsistency of the first order arithmetic mean for mathematics? What we need are foundations which can be used to construct reliable proofs despite being inconsistent.

The Idea of Wartime

Politicians and other leaders have regularly framed the current global health crisis as a period of “wartime.” In this 2012 article, Mary Dudziak, Member (2007–08) in the School of Social Science, examines the meaning of “wartime,” investigating the temporal element in warfare and the ways war structures our conception of time.

View a video in which Sabine Schmidtke, Professor of Islamic Intellectual History in the School of Historical Studies, discusses the vast, global, and indispensable Islamic manuscript tradition that is currently under immediate threat.

David Lang on How Music Will Change Post-Pandemic

David Lang speaks about the pandemic's influence on music, composition, and live arts performances in an interview with Distinguished Journalism Fellow Joanne Lipman.