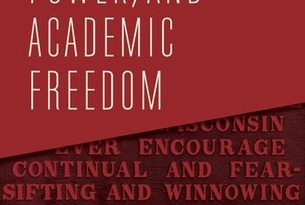 The book presents essays that explore the... 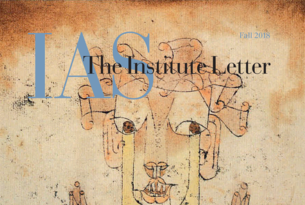 Angelus Novus was painted by Paul Klee in 1920 using an oil transfer technique he had invented. It was purchased the following year by Walter Benjamin, who had it hung in the successive places where he lived and found in it an... 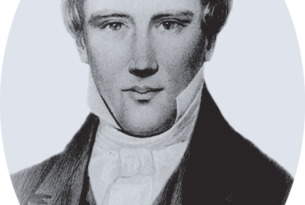 On April 5th, 1841, a young woman stood beneath an elm tree in far western Illinois. This was Louisa Beaman, twenty-six, and at this point in her life an orphan. Her father had died in Kirtland, Ohio, in 1837; her mother, only a few months before...

What's in a Translation?

The five versions of the same volume presented here in French, English, German, Italian, and Spanish, could serve as a pretext for a reflection on the work of translation—not only of words, but also of ideas, contexts, and images. 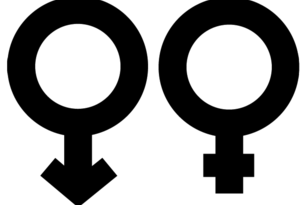 This article is a slightly edited excerpt of the lecture given on the occasion of the awarding of the Edgar di Picciotto International Prize of the Graduate Institute of Geneva to Joan Wallach Scott, Professor Emerita in the... 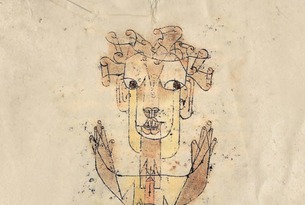 "Life is a term, none more familiar. And one almost would take it for an affront, to be asked what he meant by it," writes John Locke. But he immediately adds: "And yet, if it comes in question, whether a plant, that lies ready formed in the seed...

Talking Points: Sara Farris on Race and the #MeToo Movement

#MeToo has been such a big catalyst for what looks every day more like the emergence of a new feminist movement, because it speaks to women across the class, race, and sexuality divides. The movement points to the fact that sexual harassment and... 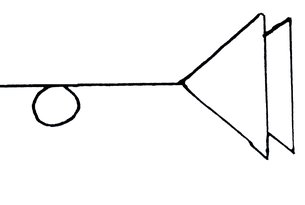 We can respect the right of free speech without having to respect the ideas being uttered. Critical thinking is precisely not a program of neutrality, not tolerance of all opinion, not an endorsement of the idea that anything goes. It is about... 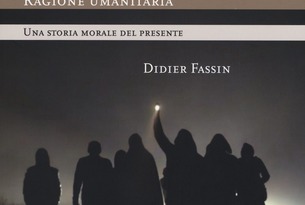 When I was a student, a physics graduate student would not be exposed—I was not, and I think others would not have been either—to any ideas at all in contemporary mathematics or really even in twentieth-century mathematics, practically. Now, clearly, things have changed a lot since then.

By the 1970s, genes were cloned and isolated and the sequences of the nucleotides revealed the proteins that they made, which could then be expressed and produced in bacteria. […] A common question was “What does one learn from all this reductionism without the organism?”

At the Institute, while each School certainly has its own character and researchers’ work is highly specialized, there is nonetheless a sense of common purpose and shared environment. We inhabit the same space—the same woods—and not just in the literal sense. We share the experience of bewilderment, and the perpetual yearning for clarity.

Videos from “The Universe Speaks in Numbers”

Watch talks from some of the world’s foremost science communicators on the close relationship between mathematics and physics.

A Conversation with James Peebles, 2019 Nobel Prize Laureate in Physics

“It became clear that there was a lot to be done in gravity physics, both theory and observation. In the 1960s, only a few people were working on both sides of gravity, theory and experiment. It was an exciting time that offered me lots of room for exploration of new ideas. But of course we couldn’t anticipate that this work would grow into the present big science.”

Videos from PiTP 2019: Great Problems in Biology for Physicists

View talks by experts on topics ranging from virology, cancer, and immunology to machine learning and neural networks.

This summer it became known that the Hohenzollern family, Germany’s former royal house, has been in secret negotiations with the German government, claiming restitution payments and the return of paintings and historical objects. Karina Urbach explains how her research is connected to the current debate.

“Imagine you knew nothing about baking, but someone gave you a million different muffins. Could you figure out how to bake a muffin? That's the problem of machine learning,” says Chris Maddison, Member in the School of Mathematics. At IAS, he is developing methods for machine learning and exploring foundational questions about how learning from data is possible.

“Myths about venture capital stand in the way of democratic deliberation about how our society might direct the socially generated surplus of today's economy towards building a better economy for the future,” says Julia Ott, Member in the School of Social Science, who is examining the origins of venture capital as an idea, as a form of investment, and as an organized industry.

One of the biggest leaps forward in our understanding of these scattering amplitudes took place at the Institute for Advanced Study in the fall of 2003, when Edward Witten discovered a new approach to the subject, based on Roger Penrose’s twistors. They had yet to become part of mainstream physics, and most theorists regarded them as merely a mathematical curiosity. Witten’s work propelled them into the mainstream of theoretical physics, generated new lines of research, and opened up new ways of thinking about scattering in the subnuclear domain.

By Didier Fassin and Anne-Claire Defossez

How could a leaderless grassroots movement, involving often quite small groups of protesters, monopolize the national news, capture the attention of the wider world, and destabilize a government that had swept to power by a landslide victory in 2017? As Jacques Rancière has suggested, it is as difficult to understand why some people mobilize when confronted with situations they regard as unacceptable, as it is to understand why others in similar or even worse circumstances do not.

A Brave New World: Hellenism from Alexander to Hadrian

The developments that Alexander’s campaigns set in motion ultimately led to the creation of a complex network of political, administrative, economic, and cultural connections that came close to the modern phenomenon of globalization.

“My research offers scholars, activists, and community organizers a new way to see race—as a rhetorical practice with historical roots that extend back well beyond the periods of Enlightenment science and American slavery to which it is often attached,” says Cord J. Whitaker, Member in the School of Historical Studies, who is examining the history and development of race and racism in medieval English literature.

The Promise and Peril of Credit

The Promise and Peril of Credit examines key episodes in the West’s millennium-long struggle to delineate the place that finance ought to occupy in the social and political order. It does so by introducing readers to modes of thinking about the morality of credit that have become increasingly alien to us even as the questions that animated those early modern discussions remain as vital now as they were then.

The Black Hole Is the Atom of the 21st Century

It is difficult to overestimate the importance of this discovery. There is only one moment in human history when we will have seen a black hole for the first time. And that moment is April 10, 2019.

How the Event Horizon Telescope Showed Us a Black Hole

On April 10, 2019, we were presented with the first-ever close-up image of a black hole by the Event Horizon Telescope ... But did we really “see” a black hole when we were shown “just” a digital image?

The Advent and Fallout of EPR

An IAS teatime conversation in 1935 between Nathan Rosen, Boris Podolsky, and Albert Einstein, about a fundamental issue of interpretation related to entangled wave-functions, introduced an ongoing debate over quantum physics.

Lia Medeiros, a Member in the School of Natural Sciences, is interested in using astronomical objects and phenomena to test fundamental theories of physics. She recently won a 2020 Breakthrough Prize in Fundamental Physics as a member of the Event Horizon Telescope Collaboration, which produced the first image of a supermassive black hole.

What if black holes behave like ordinary quantum mechanical objects—and information about them is not lost, as previously thought, but retained on their horizons?

A Conversation with Juan Maldacena

Black holes were thought to be something that existed somewhere else in the universe and were produced by the four-dimensional gravity that we experience. Now we can associate them to a physical system that does not contain gravity, such as a superconductor or some other system made of subatomic particles. And if these systems are interacting strongly enough, they can generate their own spacetime, and then the black holes can exist.

The Idea of Wartime

I came to the Institute intent on exploring the history of war’s impact on American law and politics, but assumptions about wartime were so prevalent in the literature that first I found myself puzzling over ideas about time.

Who Wrote the Torah?

In light of more than two hundred years of scholarship, the most precise answer to this question still is: We don’t know. The tradition claims it was Moses, but the Torah itself says otherwise.

Embedded Portraits: Appending a New Myth to an Old Myth

The world is emergent and always unfolding in time. Painting has difficulty representing this kind of time. The portrait tries to do that, paradoxically, by representing the individual fixed in his­torical time.

What can the history of science contribute to two controversial aspects of biomedical research: gene patenting, and race and genomics?

I do not take the Prisoner’s Dilemma seriously as a model of evolution of cooperation. I consider it likely that groups lacking cooperation are like dodoes, losing the battle for survival collectively rather than individually.

From Gene Patenting to Physics, Technology, and Public Policy

My work in the history of science probes the porous boundaries between science and culture over the past two centuries. Much of it gestures toward the role of history in public policy.... We historians are rather good at illustrating that controversies have histories: how we arrived at where we are today is very informative. There have always been, and always will be, alternatives.

Cyclical movement of nature and worldly events, biology and biography: these are the two series that make life an entity at once overdetermined in its material dimension and indeterminate in its course . . . Can this binarism be resolved? Is it possible to think of life as biology and life as biography together?

Authoritarian Culture in the Arab World

After seizing power on his own behalf in December 1949, Army Colonel Adib al-Shishakli effectively ruled Syria for much of the next five years, during which he wrought long-term changes in Syria’s political culture and initiated a host of policies and practices subsequently adopted by Egypt’s Gamal Abdul Nasser, Syria’s Hafez al-Assad, Iraq’s Saddam Hussein, and other authoritarian rulers.