We are specifically targeting a combinaiton of millions of SNPs and neutral regions of nuclear DNA as well as whole genomes. These data should provide sufficient power to detect recent movement from northern Europe into Italy; to accurately infer kinship within individual cemeteries; and to apply population genetics to test competing models that describe the potential demographic histories of the region.

​We are currently sampling graves from 56 cemeteries in the region as shown on this map. 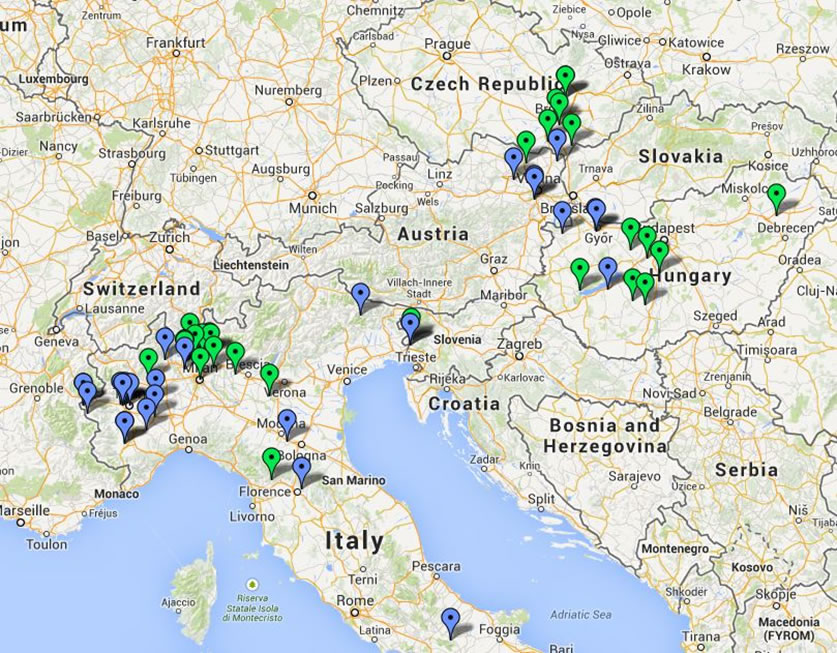 The following chart indicate from each cemetery which samples have been collected, which have been sequenced for mtDNA, which have or will undergo nuclear capture, and in addition which have been the object of isotopic analysis. It will be updated periodically as more samples are collected and sequenced.

As a test case to examine genetic distance between two similar sites, one in Pannonia and one in Italy, we have selected two especially well excavated and documented cemeteries that contain similar types of artifacts and burial customs that archaeologists have termed Lombard for detailed analysis. 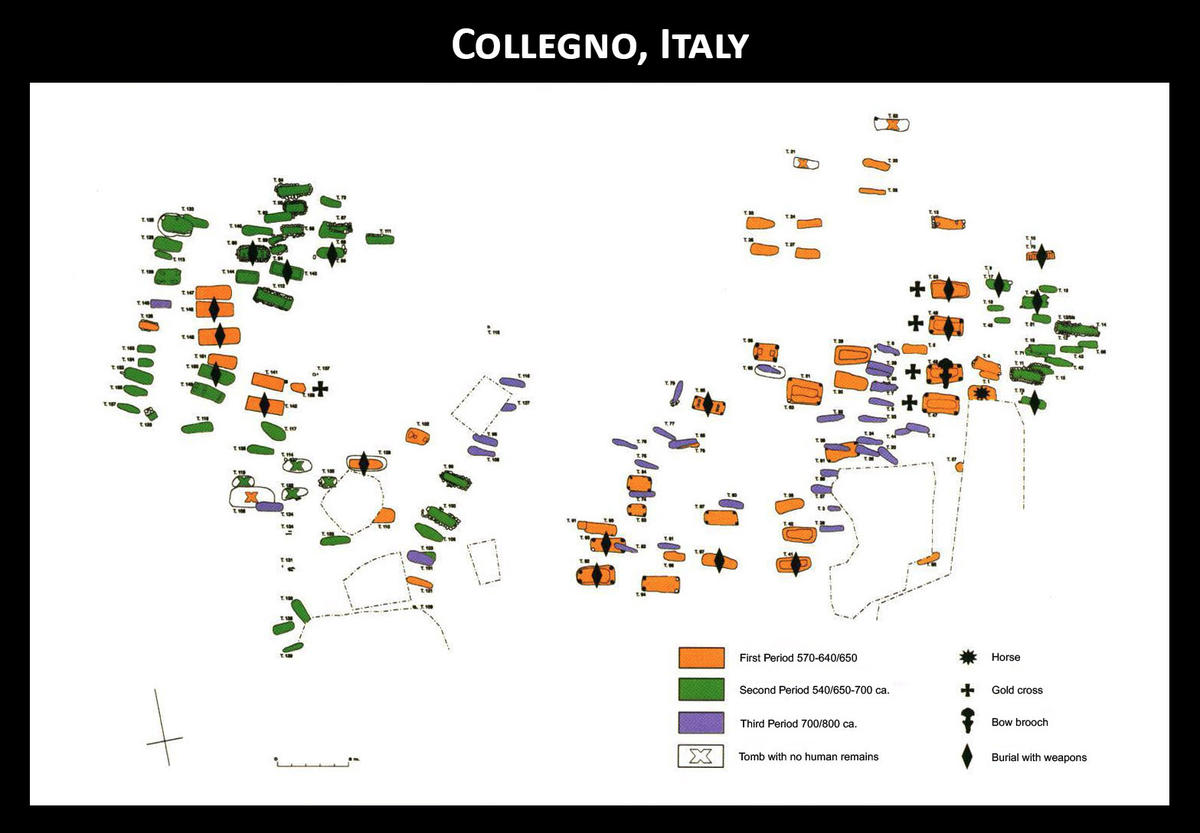 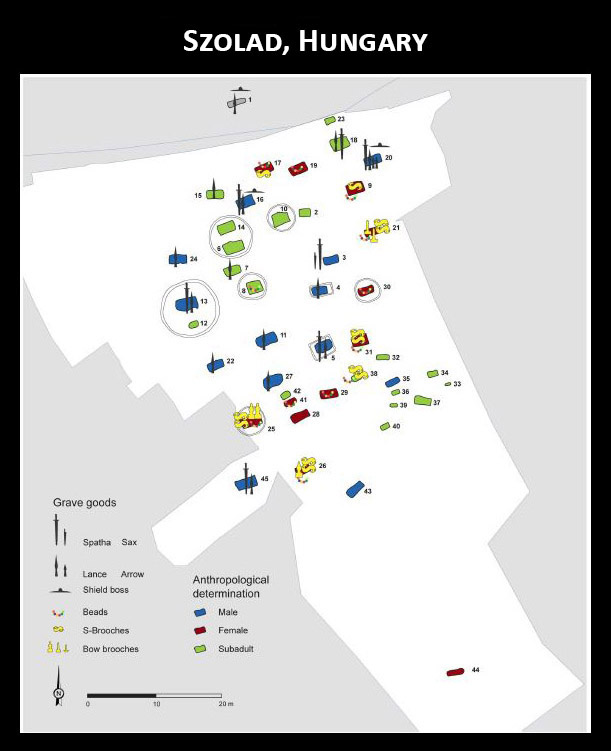 At Szólád we are sequencing all of the graves in order to recover genetic kinship relationships among those buried there. At Collegno we are doing the same for those burials that took place during its first phase, late in the sixth century.  At the same time we are sequencing specimens collected from near-by cemeteries that evidence different mortuary customs in order to compare them with our two test cases. Finally, we are adding data from Strontium (Sr), Oxygen (O) and Carbon (C3 and C4) isotopic analysis of select graves as well as C14 dating to confirm the archaeologically determined dates of individual graves.